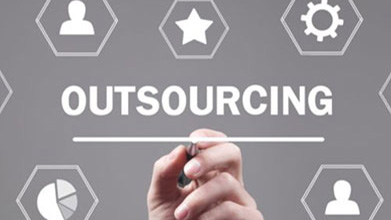 Over the last couple of decades, many Asian countries like India and the Philippines have in part owed their economic success due to their ability to be key offshoring destinations.

But it is the BPO industry’s remarkable success in countries like India is now beginning to undermine their competitiveness.

Sure, rapid economic growth contributed to an increase in wages in the business centers, but this has begun to compromise the ability of these outsourcing destinations to deliver the same value to clients as was previously possible.

The growing economy, aging population, and maturing IT sector in these regions make labor more expensive and less attractive to companies looking for remote, cost-effective staff.

One of our clients said, “Overnight, our costs in India rose by 20%.”

Outsourcing has long been a popular growth hack for companies wanting to scale quickly and affordably. However, because of COVID-19, companies globally are open to remote resources now more than ever before, meaning even small and medium companies are quickly turning to it as the answer to scale up quickly.

So while there is a growing trend in outsourcing, India and other Asian countries are losing their appeal. As a result, businesses are now looking for the next excellent outsourcing frontier. In the last decade, countries in Africa began to rank higher on the global outsourcing list and are progressively evolving into competitive hotspots for information technology outsourcing (ITO) and business process outsourcing (BPO) services.

Africa is evolving into a tech hub. It still has a long way to go before it can bear the tiniest resemblance of a Silicon Valley, but many countries in Africa are emerging as great offshore outsourcing destinations, and the developing IT infrastructure is bringing about significant changes for the whole continent.

One African country that is proving to be an outsourcing hotspot: Ethiopia.

Ethiopia is famous for being the place where the coffee bean originated. It is also known for its Olympic gold medalists and its rock-hewn churches. While it occasionally has political challenges, it’s a stable country whose GDP has continued to be in the top 10 globally for the past decade.

In terms of outsourcing, Ethiopia is an attractive destination because it meets the basics of what companies who choose to outsource want, such as:

Although companies outsource for different reasons, reducing costs perhaps ranks as the most important. Affordability is a huge reason why Ethiopia is gaining popularity as an outsourcing destination. Low-cost labor and set-up costs allow businesses to focus on their core offerings while saving money for the company.

Many Ethiopians speak English, despite it not being the first language in the country. Students start learning in primary school, and post-primary education is carried out entirely in English. Of course, it also helps that Friends seems to be everyone’s favorite tv show.

The Number of College Graduates

Ethiopia has a population of 110 million, with a median age of 19.5, and almost 30 percent of the population is aged 15 to 29. A large share of Ethiopia’s population continues to join the workforce, and the numbers will only increase in the coming years.

While Ethiopia can’t compete with Madagascar’s speed or internet price (which is better than the UK and other western countries), the Ethiopian government has announced a second telecom company this year and granted privileges to the ICT park for redundant internet.

The Ethiopian government is adopting policies aimed at attracting foreign investors and improving the ease of doing business. For example, the government has mandated that the Ministry of Technology create over 2 million tech jobs by 2030, and it is giving as many incentives as possible to make sure that happens.

Why Ethiopia and not another African country?

Ethiopia isn’t the only tech destination in Africa. South Africa has a well-established BPO association. Madagascar has long been praised for its speedy and affordable internet and is one of the most prominent BPO destinations for French-speaking companies.

Rwanda’s government introduced large-scale ICT projects in government, health, and education to latch onto fast-growing mobile subscription rates and 3G network roll-outs. As a result, Kenya became a model for pioneering and introducing the widespread adoption of mobile money services as it expands its ICT application development sector.

But Ethiopia has its sights set on becoming Africa’s leading tech hub. Twitter founder and Richard Branson have visited Ethiopia and its tech hub Sheba Valley.

But a great majority of Africa’s university graduates struggle to find jobs, let alone jobs related to their field of expertise. The lack of employment opportunities within the country for this large population of young, working-age people has created a pool of potential employees for companies looking to outsource. The combination of the availability of skilled labor and the region’s relatively low wage rates makes Africa an ideal destination that can supply human capital to companies that need it.

International companies that turn to Ethiopia for their outsourcing needs will not only be creating jobs on a continent that desperately needs it, but they will also be giving Africans a chance to learn and perfect marketable skills while earning a living and feeding their families. In addition, local outsourcing companies that connect clients with qualified professionals contribute to economic growth and private sector expansion on the continent.

Nonetheless, the growing IT infrastructure and increasing skill level of workers are luring multinationals and big companies. Major tech giants such as Microsoft and Google offer programming courses and mentorship programs that will further expand the tech talent pool in Ethiopia. Given the variety of services that we can source on the continent, companies should look to African talent to maximize the efficiency and profitability of their business while creating jobs on the continent.

Some of the ITO and BPO services business can outsource include:

The Ethiopian Outsourcing Association is forming, and together the BPO companies in Ethiopia have provided service for Walmart, ALTOUR, Cvent, Facebook, McDonald’s, and more.

Additionally, the Ethiopian Job Creation Commission is known as one of the most innovative and helpful bodies pushing outsourcing forward with its FROG (Freelancing, Outsourcing, and Gig) task force.

As a BPO company headquartered in NY with offices in Dubai, we were excited to expand into Ethiopia and have found that our clients love the cost savings and overall friendliness of all the team members.

We now have clients requesting one resource or even up to 20 resources to build a completely remote team. Whether they want a dedicated resource to be an extension of their team or another BPO company that wants us to help them develop a presence in Ethiopia, we work with leading brands to help them capitalize on one of the most growing tech centers in the world.

If you want to know more about outsourcing, you can talk to us at mmcytech.com, and we’ll be glad to walk you through the process.